Showing posts from September, 2013
Show all

Her Wicked Angel, the sixth book in Felicity Heaton’s Her Angel romance series, is now available, and to celebrate the release she’s holding a FANTASTIC GIVEAWAY at her website, offering Her Guardian Angel at an incredible discount, and she’s also giving away the first book in the series, Her Dark Angel, for FREE at selected Amazon Kindle, Kobo Books and Apple iBookstore sites.
Find out how to enter the Her Wicked Angel international giveaway (ends September 29th) and be in with a shot of winning a $75, $50 or $25 gift certificate at her website, where you can also download a 6 chapter sample of the novel: http://www.felicityheaton.co.uk/ebooks.php?title=Her%20Wicked%20Angel
SPECIAL OFFER: If you’re a Kindle, Kobo or Apple iBooks user, don’t forget to download your copy of Her Guardian Angel for only $0.99. That’s a $4 discount. Offer ends September 27th. Find all the links at: http://www.felicityheaton.co.uk/ebooks.php?title=Her%20Guardian%20Angel
FREE EBOOK: You can find all the links …
3 comments
Read more 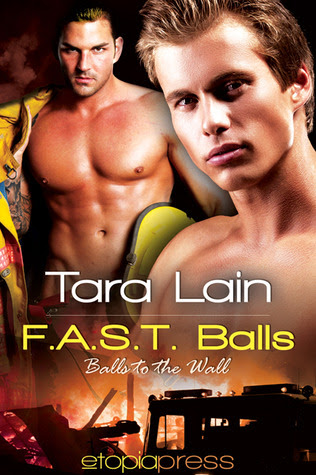 Blurb: F.A.S.T. — Firefighter Assist and Search Team
Firefighter and surfing champion, Jerry Wallender, looks like a hero to the world, but he can’t see it. He keeps falling for these intellectual guys who end up making him feel dumb and unneeded. On top of that, Mick Cassidy, super-gorgeous firefighter and total homophobe, makes Jerry’s life miserable with his slurs. Then one day Mick’s nice to Jerry and, at the Firefighter’s Ball, Jerry offers a helping hand and ends up with a hand-job. What the hell is going on?

Mick Cassidy is great with fighting fires and solving math problems but rotten with people. Raised by a gay-hating preacher, Mick’s carefully constructed world of gay bashing starts to crumble when he meets Jerry, the nicest, kindest man he’s ever known. Mick’s never wanted a woman and can’t stop thinking about sex with Jerry. In fact, he can’t stop doing it. Does that make him gay? And if he’s gay, what happens to his whole life? …
19 comments
Read more

I have to admit, when I first saw "Stud-A-Thon" the first thing that popped in my head was "Thank you, Lord." Let's be honest for a minute. We're all readers of romance. And you know the first thing you notice when you see a book is the hotness that is whichever male model is gracing the cover of that particular book. Often it's that first impression that convinces us to purchase a book, or at the very least give it a second glance. But I'm not a completely dirty minded individual. Sometimes it's not just about the body, it's a look, it's the eyes... Hell, it's the whole package.
By now, as you've hopped from one blog to another you've probably seen more book cover hotness than you could have imagined. Here at the Smexy Fab Four we're not authors. We're just four women who love books and of course the hot men gracing the covers. So instead of cover model hotness we've decided to share some Hollywood hotness with y…
11 comments
Read more 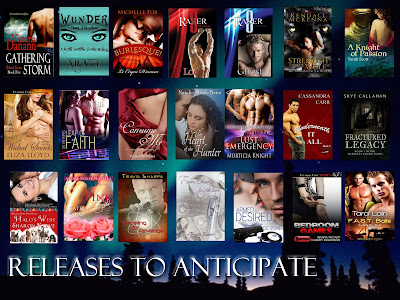 Hello fellow readers and Welcome to our stop on The Great Fall Equinox Release Day Hop!!  We are giving away a $10 Amazon GC to one lucky winner so be sure to scroll all the way to the bottom. And don't forget the big tour wide Kindle Fire giveaway. So be sure to stop by all of the other blogs to enter. We would like to give a big thank you to Victoria Danann and her newest addition Gathering Storm for our huge grand prize:

READING THIS SERIAL SAGA IN ORDER HIGHLY RECOMMENDED. Try before you buy. Book 1, My Familiar Stranger, is permafree ever…
17 comments
Read more

About East of Ecstasy:
Annalise Fallston made peace with postponing her big-city dreams to care for her ill father, but lately she’s been filled with a restlessness not even her beloved painting dispels. Worse, the colors don’t speak to her as they always have, and all her efforts produce dark, foreboding images of a dangerous man and a terrifying future.
Devlin Eston, black-souled son of the evil Anemoi Eurus, is the only one who can thwart his father’s plan to overthrow the Supreme God of Wind and Storms. But first, Dev must master the unstable powers he’s been given. Distrusted and shunned by his own divine family, he never expected to find kindness and passion in the arms of a mortal.
But Devlin’s love puts Annalise in the path of a catastrophic storm, and in the final Armageddon showdown between the Anemoi and Eurus, sacrifices will be made, hearts broken, and lives changed forever…or lost.
Amazon | B&N | Book Depository
Books in Series:
North of Need West of Want South of Surrende…
Post a Comment
Read more

Blurb:
In the bowels of humanity, hidden deep from society, a race of bird shifters dwell.  Never forsaking the rituals of old, virginal Aviana Byrde becomes of age, and a suitor is selected in the way that is dictated by those very traditions.
Outshining the rest, Andor Malar craves to bond with Aviana.  When that secret desire comes true, he cannot get enough of the innocent shifter.
After an explosive night full of carnal abandon, Aviana is kidnapped and held prisoner in the cruelest of ways before the new mates had fully slaked their lust for one another.  Will she meet her death before true love takes hold?  Will Andor’s fevered search prevail, or will a kinder twist of fate intervene when their world is rocked on its axis by a startling chance discovery?

Blurb for Trent & Trey:
Running from a dark past, Cassie St. Cloud wonders if it’s even possible to escape her worst nigh…
Post a Comment
Read more 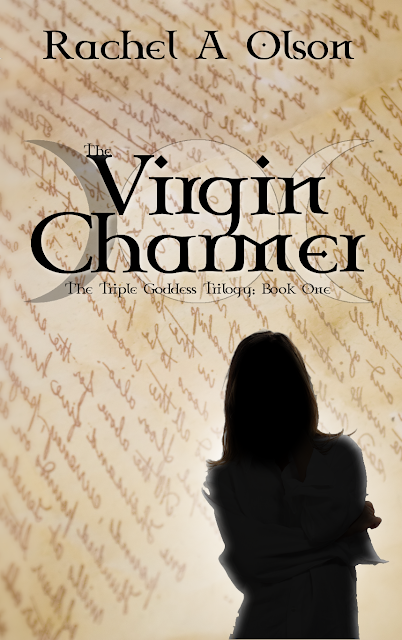 Hope Richards has only ever known the life of a big city girl. When her boss gives her an ultimatum, she decides to try out the country life during her forced vacation. After falling in love with a mysterious old mansion on the edge of a town that time forgot, Hope finds herself caught up in a whirlwind of someone else's crazy love obsession, and realizes in the middle of it all how lacking her own life is in that department. Hope is faced with a decision: return to the mundane life she thought was her passion, or find a way to experience something far stronger that she secretly yearns for.

Somewhere amidst her forty-hour job and playtime with her three-year-old, Rachel finds time to walk the streets of worlds only existing on manmade paper. She resides in small college town Northwestern Nebraska with her young son, just across town from her parents. She enjoys socializing with adults, sipping strawberry wine, and head bangi…
Post a Comment
Read more 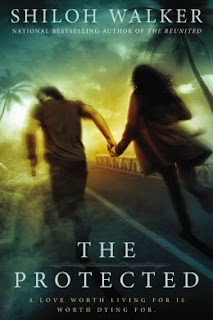 The Protected
Sept 2013 Amazon| BN | Kobo | iBooks| Indiebound |The Book Depository AN ASSIGNMENT SHE CAN’T REFUSE Agent Vaughnne MacMeans would do anything to avoid setting foot in Orlando again. But her new assignment, keeping tabs on a psychic kid who may or may not be in danger, is forcing her right back to the city where her sister was murdered. And the Special Agent in Charge isn’t taking no for an answer. AN ATTRACTION HE CAN’T DENY Protecting the boy Alex is a priority for Gus. Gus may not understand the boy’s “gift” but he just knows that some people would kill for it. When a beautiful stranger moves in next door, his impulse is to take the kid and run. But Gus has learned never to flee without a plan, and besides…she doesn’t exactly look like an assassin. A GAME THEY’LL PLAY FOR KEEPS When some dangerous people from Gus’s past catch up to him and Alex, it’s too late to run. His cute neighbor is the last person he thought he could turn to, but Vaughnne isn’t just cute. She’s fearles…
Post a Comment
Read more

The Fab Four are all about indie authors.
I mean everyone has a book in them, right? So we’re doing something a little different this week for what we like to call Ménage Monday. We’ve discovered a brand new ménage author and we’d like to introduce her work to you. Barb and I have both read the series titled Club Duo and although we have have discovered that we both enjoy the same types of books, we each take different things from each book. So here is our take on Club Duo and maybe by the time we’re done you’ll want to give this new author a try too.
Barbs Review:

When Iris read the first book in the Club Duo series Laila she kept talking about how hot it was and being the menage lover I am had to check it out. I ended up buying all three of them.
The series is set around three girls who have just turned 18 and they all had crushes on individual teachers.  They followed them to a club called Club Duo and they decide to sneak in.
I am pretty sure my tablet had some melte…
Post a Comment
Read more
More posts